The co-founder and incoming executive director of Sister District — who left behind a law career to help launch the voter-engagement nonprofit — describes the values of sisterhood that led her to success. 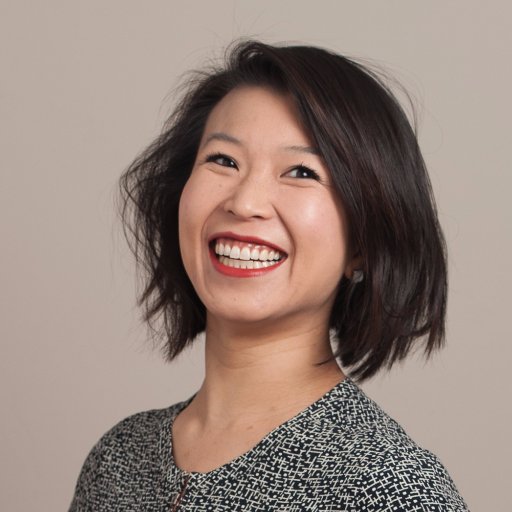 The 2020 presidential election inspired millions of Americans to vote for the first time and will go down in history as having the highest voter turnout in over a century. These astounding results, made possible even in a pandemic-stricken country, can be attributed in part to activists galvanized by the outcome of the previous national election.

For Lala Wu ’07, the 2016 presidential election inspired a complete career turnaround. The evening of the election, Wu, a practicing lawyer at the time, had gathered with friends and colleagues inside of a San Francisco bar to watch the ballot tallies and then celebrate what they all expected to be a victory for Hillary Clinton — who would have been the country’s first woman president. But the night was a brutal one for Wu, who saw the results as a wake-up call that offered new opportunities for growth.

“The next morning, I committed to making civic engagement a part of the infrastructure of my life and started looking for a volunteer opportunity to sink my teeth into,” said Wu.

With this goal in mind, Wu tapped into the values of sisterhood and service that she had been cultivating since she was a student at Barnard, where she recalled creating meaningful relationships with many on campus, from her urban studies professors to her Reid Hall friends.

“I forged some of the most important relationships of my life [at Barnard], in a way you can only do when you log the hours together,” Wu said. The practice of community and network building among women, as she had done at Barnard, is one that continued to serve her throughout her career.

Wu majored in urban studies, with a concentration in political science, and minored in economics. After graduating from Barnard in 2007 and Berkeley Law in 2011, she turned her lifelong appreciation for the outdoors into a career in environmental law, helping clients navigate the legal channels for clean-energy projects.

But after razor-thin margins decided the 2016 presidential election, Wu turned her attention from litigating the law to those who make it. She tapped into an extensive network of women, finding like-minded individuals through mutual friends and social media.

“We were strangers, but [we] bonded over a shared idea,” said Wu. “We’d harness the abundance of volunteer and donor energy that existed all over the country and deploy it to critical down-ballot races that needed the help.”

These shared ideas were realized in Sister District, an organization founded by Wu and three other women dedicated to organizing and supporting progressive volunteers and voters. Since its launch in 2016, Wu has served as director of engagement and partnerships, and will transition to executive director this March.

Born out of a common passion for grassroots volunteer work, the women at Sister District focused on state-level, down-ballot elections in communities that have untapped progressive potential. They would address every step of the election process: researching the services needed, fundraising and organizing support for progressive candidates, and supporting newly elected candidates with information to create effective policy solutions for their communities.

In Sister District’s early days, fulfilling this mission meant getting an enterprise off the ground that was still in the process of being built itself. Coming from a background outside of politics, Wu had to learn on the job. It was a challenging but rewarding experience that helped her master the tools of the trade, like fundraising and galvanizing communities of volunteers for their cause.

“We talked to everyone who would talk to us,” Wu recalled. “We overprepared for meetings, labored over how to make our programs as effective as possible, showed up at conferences where we weren’t really invited, and kept on hustling.”

The hustle led to early success. Wu ran a Sister District fundraiser in the same bar where months before she had watched the results of the 2016 election come in. “I felt an incredible sense of pride in reclaiming this space as one of politics, but this time, instead of being [full of people who were] distraught, confused, and terrified, it was full of people who were empowered and full of hope and action to bring us toward a brighter future.”

The business grew to a size and demand that none of its founders had anticipated. “Hilariously,” Wu remembered, “I still have an email from those early days in 2016 from Rita Bosworth, the original founder that reads: ‘We are all volunteers and we all work, so I’m not talking about anything life-altering, but just the capacity to spend some time throughout the week dedicated to the project.’”

Clearly, even the group's leadership had not anticipated that this part-time volunteer work would transform into a full-time passion.

Three months into the endeavor, Wu and her colleagues saw they were making enough of an impact to justify quitting their jobs to run Sister District full time. “None of us intended to start a national organization,” Wu said, but the change was welcome. “I was the first person to make the leap, and I’ve never looked back.”

Over the past four years, as the nation has evolved politically, Sister District has continued to address the country’s changing needs. “We ask lots of questions, and we listen closely,” Wu explained. “If we see that something isn’t being done elsewhere but needs to be done, we do it.”

While state legislation does not get the same attention as federal policies do, Wu asserted that “states are the laboratories of democracy. They are where the rubber hits the road in terms of impacting people’s lives on every issue you can imagine, from voting rights to reproductive justice to education to healthcare to climate change and more.”

In their strategy for 2021-2022, Sister District is expanding its outreach to four facets: winning elections, supporting volunteers, developing progressive legislators, and educating and empowering a region’s voters. Recent elections garnered several major wins for progressives, but Wu is determined to stay focused on her organization’s core mission of supporting progressive volunteers and voters, believing it to be as vital now as it was four years ago.

Their successes of the past four years will sustain Sister District’s work for years to come; it has grown to 50,000 volunteers across the country and connected with over 3 million voters. Wu credits her colleagues and Sister District’s scores of committed volunteers with demonstrating the national impact that grassroots volunteer work can have.

Finding where you fit within the political needs of your community and working within it is something Wu recommends without hesitation. “And if you can, work with a team of women,” Wu said. “It’s pretty darn fantastic.”